But, I’ve never had to advertise before!

I’ve heard this said by four Darwin local businesses in the last 2 weeks. And if I’ve heard it this often, then I can only imagine how many businesses this is happening to.
And generally the statement isn’t exactly true.

In all four cases, these businesses have had listings on Yellow Pages and/or Local Search (or Local Directories as they have also been known.) Two of the businesses, at the peak of paper phone books spent over $20,000 a year on their listings in one, or both books.
This is what I call “hidden advertising.” It’s not advertising that people talk about, so it doesn’t feel like advertising to a business. It’s not a TV ad that people will mention, or a radio ad that people will complain about. It’s not a billboard or a bus side that generates feedback. It’s a listing in a directory of other listings in your same field. And in those directories, the more you pay, the better your response will be. That’s because your listing will stand out more. Like a bigger sign on a bigger bus than your competitor.
Which is an ad.
All but one of these businesses has dropped their listings in these directories because they felt that it was no point advertising in them now that nobody keeps their phone books.

Three of the four businesses had sponsored a local sports team. Two had sponsored football teams and one had sponsored an entire cricket club. In exchange for that sponsorship, their business name was put on club uniforms, signs at the clubhouse, in the club newsletters and, in later years, send on the club’s email list.
Sounds a lot like advertising to me. But these clients insisted that this was “sponsorship.” Despite that sponsorship giving a lot of space to what looked and sounded like advertising.
The three that used to sponsor these clubs and teams no longer do so. All three stated that “times got tough and they couldn’t afford the sponsorship anymore.”

The Things You Do as Advertising

All four business owners used to be quite heavily involved in registered clubs or charity networks in Darwin. All four are no longer heavily involved in those things.
The sad part here is that association with groups like Apex Clubs, RSL Clubs, sports clubs, Rostrum, Lions and church groups, is that they are a word-of-mouth network. When people know you and know what you do, when they need that product or service, they tend to come to you first. Because they know you. Because they trust you.
Business networks down south like BNI, B4B and others that run similar business referral activities are a goldmine for gaining new business. They even give you new business long after you’ve stopped going. But they will eventually stop working after you’ve stopped going. You stop going to church, new people won’t meet you. You stop attending Lions Club meetings, the members will forget who you are.
And that means the death of all that valuable word-of-mouth to generate new business for you.

So to recap, these businesses never understood that their listings in directories, their names on sports team’s shirts and their attendance of church, clubs and business networks were what originally built their businesses.
When times were tough, they dropped those activities as seemingly “indulgent.” When business stabilised again, they didn’t recommence those activities.
There is a period of time a fair while after you’ve done any advertising during which you still get new business despite not actively advertising at the time. I have seen it in my own campaigns where the work I’ve done in a business network on the Gold Coast was bearing a lot of fruit while I was present and attending their meetings. For months afterwards I still got enquiries from members as I’d impressed them with my knowledge and skills. But 7 months after my last meeting with them, there are no more enquiries. The first month after I left that group I was getting at least a lead or a referral every week. It was enough to lull me in to believing that I didn’t need to do any advertising to get new business. But as the weeks went on and the leads dried up, I came to realise that, just like a car, when you put on the brakes, there is a delay between the application of the brakes and the car completely stopping.
To get those leads and new business going again, I had restart the engine, hit the accelerator and build up some speed before I’d have a chance to take my foot off the pedal and cruise for a bit.
I had spent some 6 months building momentum in that group. Then I returned to Darwin where that momentum came to a halt. And I now needed to restart my engine and invest some fuel in to getting my car moving again here. And of course, it’s taken almost exactly 6 months to get that momentum to a point where leads and referrals are coming in regularly.
But I can guarantee that as soon as I remove the fuel (my advertising and promotional activities) that the car will slow down before long and stop again. And I’m back to where I began.

How to gain momentum again

The chances are that it took you years of sponsorship, memberships, in-person social networking and listing in directories to get your business to where it got to at its peak. So going back to those same methods isn’t going to give you results quickly, as all the goodwill and momentum you had from those times is long-gone.
The only way to build that momentum up again is to buy yourself some customers. And that means advertising in some way, shape or form. But this time, because you are starting from nothing, you need to get your message out to the maximum number of people that you can afford. That could be TV, radio, Facebook or Google. It might be the side of a bus or a billboard on the highway in Palmerston or Litchfield council areas. It might even be the NT News.
Every business will have a different method that will work for them, and a different time that it takes to work. Talk to a marketing professional who knows the Darwin market and all it’s options to get some good guidance on where to go next. And always get a second opinion. 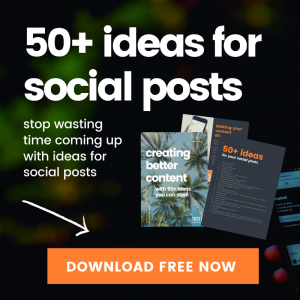 Hi Everyone, Very exciting to be halfway through OBM with some awesome speakers and events thus far in Alice Springs and Katherine. There is something for everyone at this year’s OBM line up across the Territory, keynote speakers that inspire like Sean Soole from The...

A statement from Michael Gunner, our Chief Minister’s response to Hospitality NT Gold Plate Awards Team that was set to take place last week. This team leads by Jimmy, Madusha and Danny whose event was cancelled on the day, due to this month’s COVID-19 lockdown. The...

Welcome to the New Financial Year 2021/2022. At the beginning of this month it was the NT’s turn to experience the economic uncertainty of COVID-19 lockdown in our community. It was a reality shock for some as we felt the brunt of business restrictions and closure. We...

Welcome to our May 2021 Newsletter – Director’s Note

Hello and welcome to our May edition of our Treeti Yeah Newsletter. Last month we had a look at the impacts of bust to boom on businesses. Now we know that boom is here to stay for a while, it’s a great opportunity to delve into using digital systems and the...